This is another wonderful work by Kathi Macias.  In this heart-warming story, Mazie Hartford is in love with the handsome Edward.  He’s everything she ever wanted in a man, and he’s asked her to marry him.  However, she’s having a hard time saying yes.  She asks herself ‘Why?’ but doesn’t have an answer. Something’s holding her back but she can’t quite put her finger on it.  Is it because he’s black and she isn’t?  They both certainly hope this is not the case.

That’s when Mimi (Mazie’s great grandmother) starts telling her a story; one about The Moses Quilt.  Patch by patch the dying Mimi tells Mazie and Edward the history of Harriet Tubman.  Is this the answer to what’s holding her back from saying yes to Edward’s proposal?  One patch at time, Mazie realizes that her future could be changed forever.  By learning about someone else’s life and history, she gets in touch with her own.  By doing so, she finds the answer she’s been looking for.

The Moses Quilt is a wonderful combination of history and fiction that can touch reality and your heart like no other.  I was fascinated with the quilt and the characters.  I was challenged to look at my own prejudices, and yet given hope for my own life.  I highly recommend The Moses Quilt, and I’m very much looking forward to books 2 and 3 of The Quilt Series. 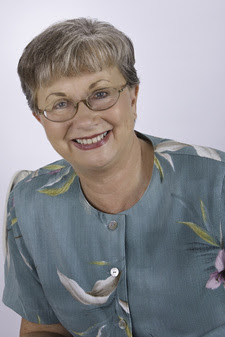 About the Author: Kathi Macias

The Quilt Series sounds interesting, but what makes it unique or sets it apart from the many other quilt books that are so popular right now?
First, I must confess to NOT being a quilter. I’ve never even considered taking it up! Second, I love quilts and have always been fascinated by the stories behind them. I combined that fascination with my passion for writing issues-related fiction, and I ended up with a three-book series that is, for the most part, contemporary but told against historical backdrops.

Sounds interesting! Can you tell us a bit about each of the three books in the series? Sure! Book one, The Moses Quilt, involves an interracial romance, where the couple works through their concerns and apprehensions as they learn the story of Harriet Tubman’s faith and courage as told through the patches of the Moses quilt that represents her life. Book two, The Doctor’s Christmas Quilt, deals with the topic of abortion told against the backdrop of the life of America’s first woman doctor, Elizabeth Blackwell, who was strongly pro-life. Book three, The Singing Quilt, deals with a young woman overcoming a physical disability; the background for that story is based on the “Queen of Gospel,” Fannie Crosby.

Was it difficult to do the research on these women, particularly Harriet Tubman? What did you learn about her in the process? I knew more about Harriet Tubman than I did about Elizabeth Blackwell or Fannie Crosby, but I expanded my knowledge of each as I did the research. Harriet Tubman’s amazing faith and courage is what stood out most to me about her life. Here was a woman born a slave, penniless for the majority of her life, and illiterate except for the scripture verses she had memorized (even if she couldn’t read them). Her prayer life was powerful, even as a child. After she escaped to the North and began making forays back into the South to help bring others out of slavery, friends would caution her against it. “Harriet, there’s a reward on your head—dead or alive. Aren’t you afraid?” She brushed off their fear and explained that she believed God had called her to help rescue her people; therefore, He would protect her. When her job was done, He would take her home to heaven, so what was there to fear? Wow, what a dynamic woman of God! I also learned that her achievements went far beyond rescuing slaves, though that’s what she’s best known for. She also served as a spy for the Union Army, worked as a nurse, and opened a home for indigent elderly former slaves. She died there herself in her mid-nineties, and the entire town flew their flags at half-mast in her honor.

Tell us a little more about the contemporary story in The Moses Quilt. The majority of the contemporary story is set just outside San Francisco. Mazie is white and deeply in love with Edward, an African-American lawyer who adores her and wants to marry her but tries to be respectful of her hesitation to make a commitment. What he doesn’t know is that Mazie is disturbed by what she considers secrets in her family’s past, secrets that begin to be unraveled as her great-grandmother, Mimi, tells her and Edward the story behind her Moses quilt, which she bought years earlier in Gee’s Bend, Alabama, a little town famous for its quilts. Edward thought he knew everything there was to know about Harriet Tubman, who had always been somewhat of a hero to him, but Mimi’s story opens up new avenues of discovery for both the young people in this relationship—and takes them straight back to the quilt’s origin in Gee’s Bend.

For more opportunities for free copies of THE MOSES QUILT by Kathi Macias, please follow this book tour on Facebook at:  http://www.facebook.com/CSSVBT.KathiMacias. This blog host was given a complimentary copy of this book from the author in exchange for posting the author’s interview and/or book review on this blog. CSS Virtual Book Tours are managed by Christian Speakers Services (http://ChristianSpeakersServices.com).